The Smart Bicycle, i.e., Road Bike and Mountain Bike, are two smart bicycles launched by LeEco on CES 2017. The bicycles run on ‘BikeOS’ based on LeEco’s Android version 6.0 Marshmallow. It has a 4-inch touchscreen display to deliver turn-by-turn navigation to the users with integration maps. The two bikes are powered by a quad-core Snapdragon 410 processor and a rechargeable lithium-ion battery of 6000mAh.

It comes with features like online and offline music playback, walkie-talkie communication with nearby LeEco smart bikes. The bicycles have GPS/ GLONASS, accelerometer, compass, light level, barometer, wheel speed, and crank speed onboard sensors, including a third-party ANT+ heart rate and power sensors to look at fitness goals. The bike comes with an IP54 rating for water resistance. 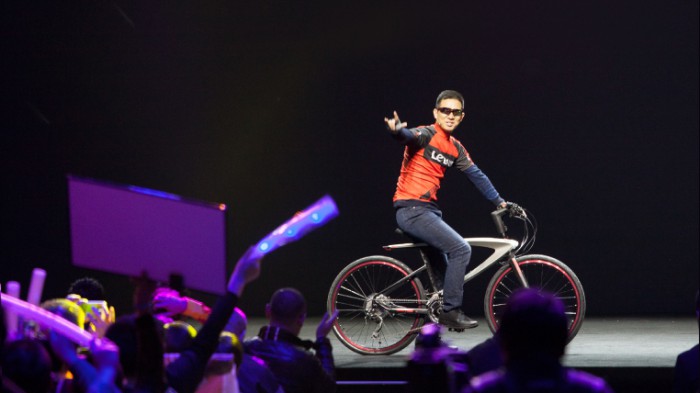 In today’s topic, we will describe the construction, features, used technology, and connectivity of LeEco Smart Bicycle. So, without taking more time, move ahead towards the construction of the LeEco smart bicycle.

The new 1x drive train system delivers the rider more power and speed by assembling more gears on the rear wheels, appreciated by severe cyclists. This makes the ride simpler with lightening the bike. In terms of security and safety, LeEco smart bicycles provide a security alarm, automatic onboard lighting, and horn. The bike will automatically notify the rider about the alarm’s activation and track the location via the mobile App. 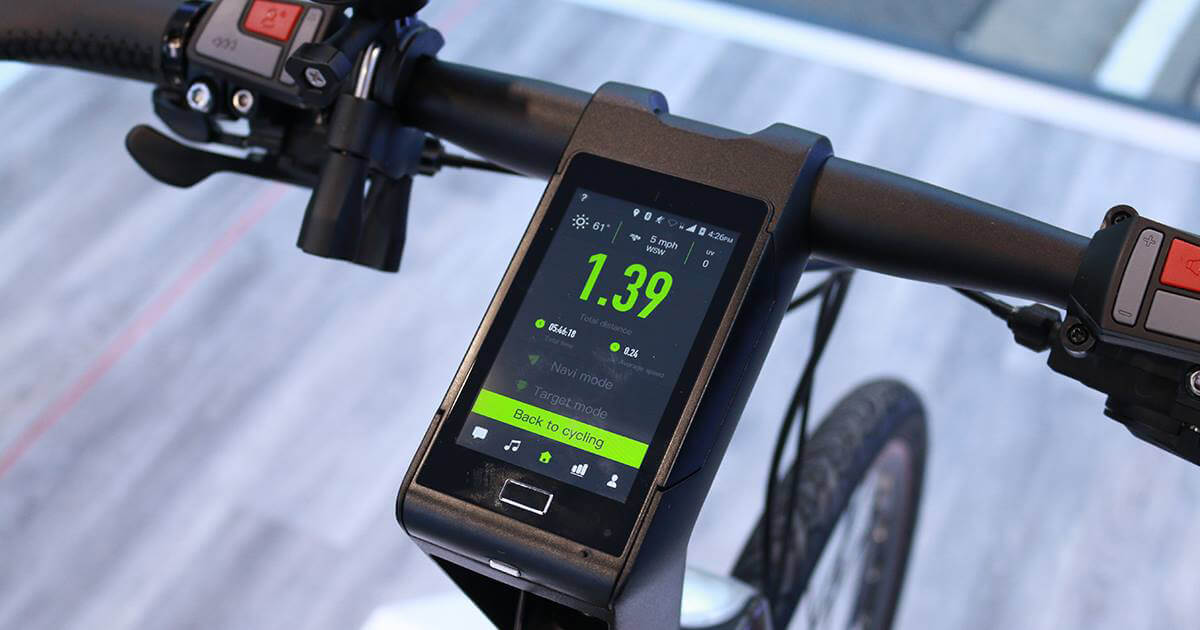 Besides supporting third party sensor technology, Android OS-based LeEco’s Bike also controls the touch screen attached with the unspectacular carbon fiber frame. Powered by the Snapdragon 410 processor with a 6,000mAh rechargeable battery, the touchscreen helps record the cycling performance data by tracking the bike’s speed and compute the distance traveled. Smart bikes rely on a full suite of sensors, including a barometer, compass, and speedometer.

Looking towards safety, LeEco’s road bike has two laser beams at the forefront of the handlebar ends, creating an innovative design to illuminate the bike to be visible in the lane to drivers at night. Projecting an excellent three-meter laser-emitting light on each side of the bike reduces visibility concerns during the ride at late night.

The user doesn’t need to read all the options on the screen and to distract himself during the ride as the interface of Bike OS 2.0 is simple. There is a menu with customized settings, straightforward to the options such as Home, Music, Track, and Settings. Music can be played from local music and online via the 4G LTE. Even riders can listen to local FM radio stations through the headphone port during your ride.

We have seen some tech in the Smart Mountain Bike and Super Road Bike that are usually seen in attachable accessories. But, the integration of such tech within the smart bike certainly has not been seen yet. The swiping speed is more customized through the new Bike OS 2.0 compared to previously used stock Android. The more distracting action was the slower swipe and tap responses on modern mobile devices’ display.

The Smart Road Bike has laser-emitting LED lights that create an LED bike lane around the bike on the handlebars’ ends. These lights indicate the position so that bikers and vehicles didn’t come too close. The small tablet features a 4-inch display function of full color with touch capabilities and a typical cycling computer. It also offers a cool walkie-talkie function.

The Android system has integrated with the Snapdragon 410 processor and 4G LTE radio, commonly found in the latest smartwatches. The “smart” technology monitors your route, your speed, distance traveled, your pulse, your power, and other metrics.

Including a 4G LTE radio, riders can listen to their playlist online or offline. An onboard walkie-talkie system is one of the coolest features offered by LeEco to its riders to communicate with other smart super bikers.

With the finishing of an end-of-Q2 production, LeEco plans to introduce its all-new 2.0 Bike OS in the development phase. LeEco does a great job of collecting riding data to sharing its performance with the cyclists via the LeEco Bike App. The smart road bike also helps keep track of the user’s fitness goals using the same App.

These smart bikes are more retail-ready versions of the LeEco’s debuted crazy smart Super Bike in October. LeEco, a company, is trying to do many things, such as funding the electric car startup in a short amount of time. In the future, it will increasingly ill-fate the startup Faraday. LeEco also thinks to make TVs, smartphones, VR experiences, and self-driving electric cars.

That’s all for today. And, we assumed that you had gained some knowledge about the LeEco Smart Bicycle. If you like our content, then share it with one tap to your friends and family. Finally, if you have further knowledge about it, then comment below to inform us, or you may ask questions also; we are looking forward to making our content better for you.